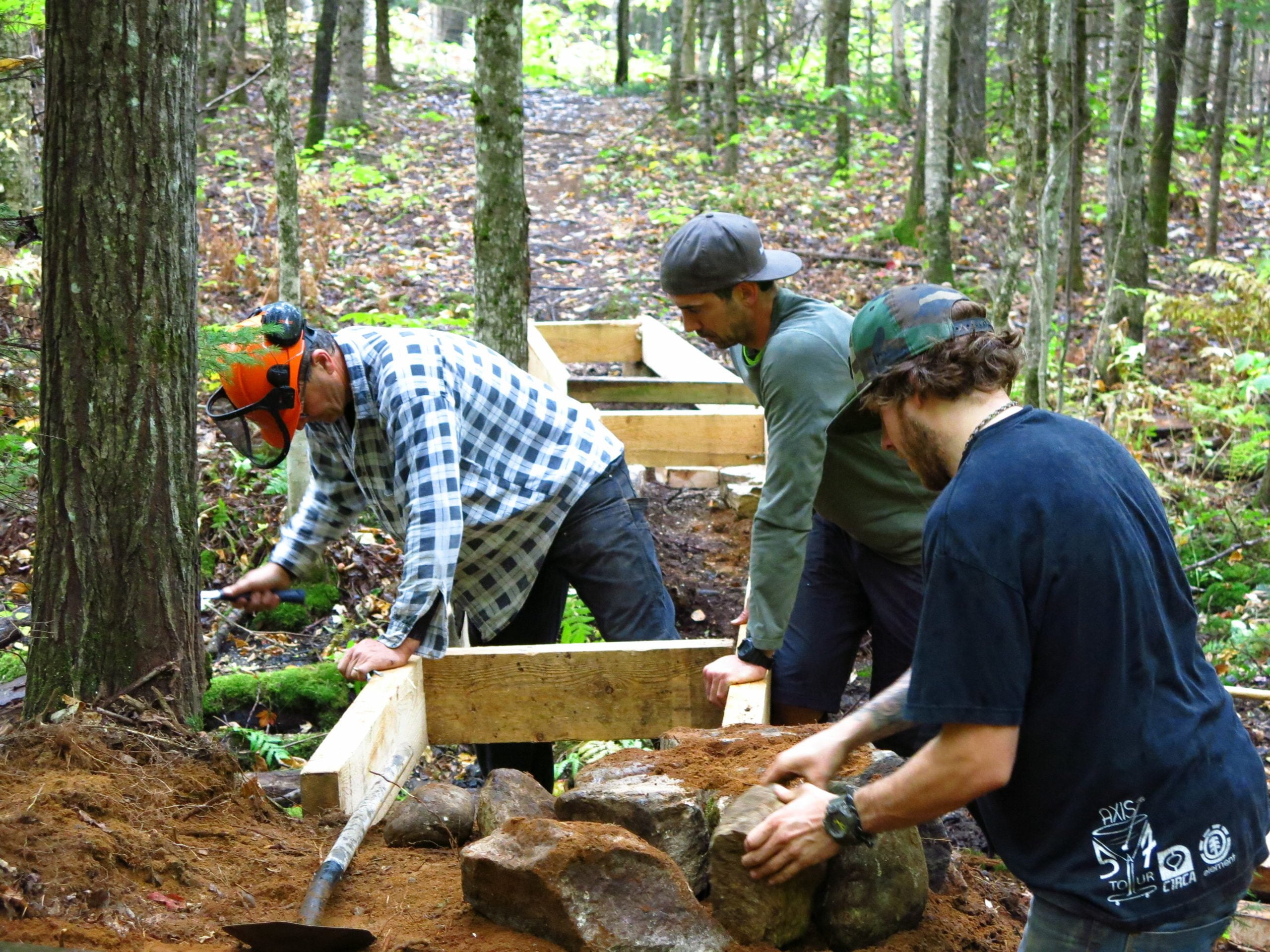 On Sunday, October 2, over 25 people were involved in the second Vélo Mont-Tremblant chore-day of the season. The efforts were aimed at improving the Boneyard, a previously unofficial mountain biking trail. This new path will become a four-season intermediate trail, suitable for hiking, mountain biking, snowshoeing, cross country skiing and winter biking (fatbiking). This is the beginning of a new circuit that will connect the trails on the east side of the montée Ryan (Écureuil, Lynx and La Chouette) and those on the west side (La P’tite Cachée, La Cachée, La Truite and La Siotte). The new trail will create an interesting loop and join the two new trails La P’tite Cachée and la Cachée without having to take the paved multifunctional path.

By the 2017 season, it will be fully completed and will offer a magnificent view of the mountain. Last Sunday, about 25% of the work was done by teams of volunteers consisted of cycling enthusiasts, all of who frequently ride in Mont-Tremblant. A 25-foot bridge was built as well as a cross section climb. Despite the rain, the troop’s motivation and enthusiasm were high!